Our client operates an independent platform within the aviation industry, facilitating innovative and creative alternatives for leasing, financing, and management of commercial jet aircraft. Their services have traversed geographical planes, snowballing into a global force and international influence. Currently, the client manages over $3 billion in aviation-centric assets, the product of an immense web of airline connections.

To better serve their world scale, the client has expanded to five locations in Europe and Asia, a home base to nurture their existing clients and build new connections as well. They have remained agile and adaptable to market fluctuations, introducing technological IoT solutions to accommodate digital trends. To magnify their offerings and propel software development efforts, the client partnered with Chetu software engineers.

Given the increasing focus on interconnectivity, the client wanted to introduce IoT app solutions to their preexisting offerings. The internet of things IoT, a sensor-enabled web of connections formed between non-smart entities, would open aviation warehouse data streams for the client, forging a dialogue between systems that could not previously communicate.

Our IoT development team developed and implemented an RFID-driven IoT application that would serve as a central hub for aviation warehouse management, minimizing manual interface activities. The IoT app solution was designed to offer the client the flexibility and scalability required to integrate RFID technology into their preexisting logistics. We engineered a communication interface layer to mesh the technologies, opening channels of communication between the legacy software and the RFID technology.

Although the backend became the central focus, we are firm believers that backend technology is obsolete without an intelligent UX to propel the IoT app. We married the backend and frontend using a friendly and intuitive user experience workflow. 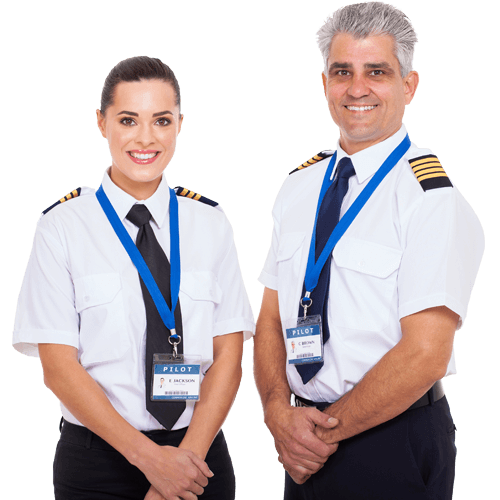 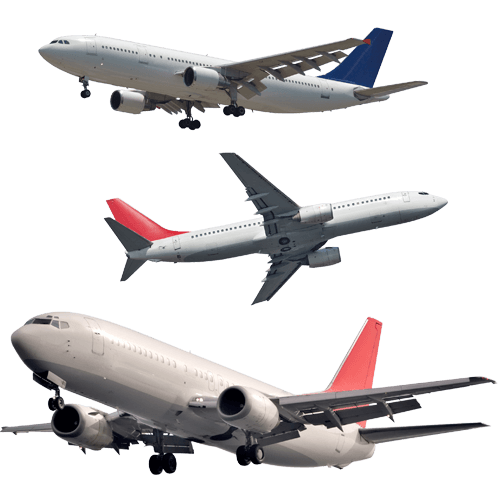 Initially, the IoT app project consisted of a general functional specification (GFS) document describing the design and IoT architecture the client expected and design plan we would use to implement the objectives.

After the detailed architecture had been determined during the initial phase, we were expected to develop a code for the server using Boot Spring Framework, a solid base that would drive the web application we could deploy in an intranet, extranet, or internet. The client provided the format and feel for their desired UI/UX and we developed the code that would produce the results they wanted, using an embedded template delivered using Node and React JS.

The RFID middleware was designed to be part of the web server application. The middleware is the core of the applications and dictates different activities between multiple parties. This includes using the RFID readers and tags under the Automatic Identification and Data Capture (AIDC) technology. We used multiple sensor inputs including fixed scanners, mobile scanners, RFID antennas, Bluetooth and Wi-Fi media, and weight sensors.

The IoT app has a data communications interface to send/receive data through specific communication channels.

The following data structure is handled by the RFID middleware as per the GS1 standard:

All assets are unloaded and loaded within a specified location. The receiving area receives tagged assets, which go directly to the first checkpoint. A fixed reader triggers a weight sensor, which will automatically begin reading. The second sensor identifies the received material (metal, liquid, or plastics). Untagged assets go to the RFID maintenance and printing area where data is selected and encoded on a tag using the RFID printer and the application, barcoding the item and compartmentalized using preexisting tags.

After the asset is tagged, it is prepared for placement and forwarded to a checkpoint for processing. The main warehouse operations are tracked using the following checkpoints:

The idea was to create an asset-status tracking system, rather than a warehouse inventory management, considering the airline will definitely have a warehouse management software to organize the assets. The IoT app tracks the assets in near- to real-time to confirm their actual location.

Items are inventoried and tagged with an RFID tag so that when a personnel walks through the warehouse with a handheld reader they are able to retrieve the item and the item's status. The retrieved information can then be relayed through the IoT app to an MRO system. 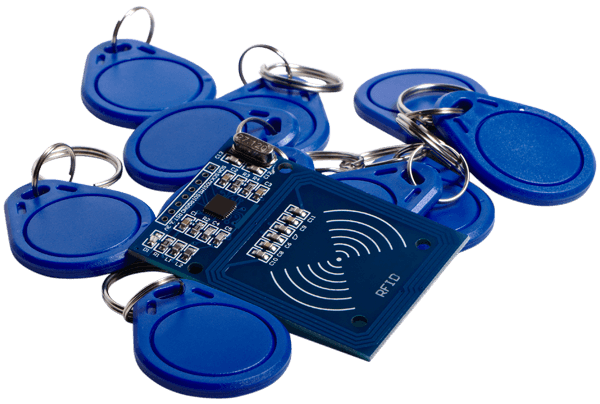 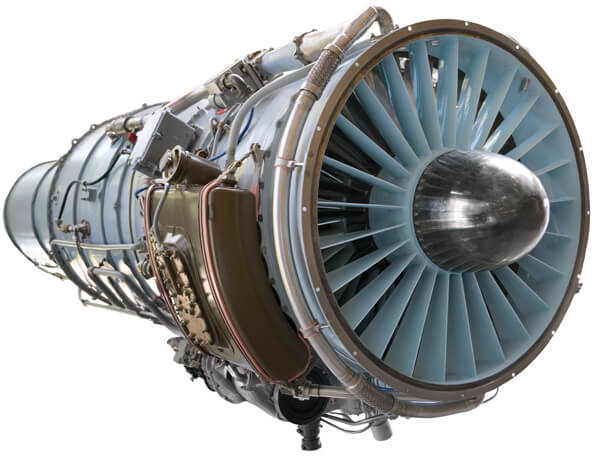 Essentially, the application dismantles silos between the individual warehouse management systems, the MRO systems, and the client's internal system. Items are equipped with RFID tags, which are automatically registered in the system. If a truck is delivering an item, all pallets and items are completely traceable. If a pallet is moved onto a truck, a fixed RFID detects its entry and relays that information to the system. As the truck is driving to the intended location, the RFID sensors continuously transmit GPS coordinates.

Supply chain visibility and work-progress monitoring are just two sides of the client's multidimensional internet of things IoT app. They also open the door for inventory tracking. All aircraft parts are tagged and barcoded, so when an aircraft requires a certain part, the IoT application user automatically knows which part needs to be replaced for that specific model, whether they have the part in stock, and where the corresponding part is located within the warehouse.

The system is intuitive to aircraft health through a network of aircraft sensors that make predictive maintenance possible. Tires and brakes are equipped with sensors that collect data on the state of the tire, indicating when replacement is needs and recording how many retreads have occurred. When the unserviceable, an MRO shipping location is added to the tag and the RFID sensor is retagged. The same goes for the aircraft engine and brakes.

The IoT app we engineered has washed a wave of total interconnectivity over a previously decentralized network of management tools. The client continues to evolve their IoT app, as more tags are created and the application becomes more intuitive to the data it receives. Moving forward, we will continue to support the client as a full-service development partner, helping them maintain their position as a global leader within the aviation climate. 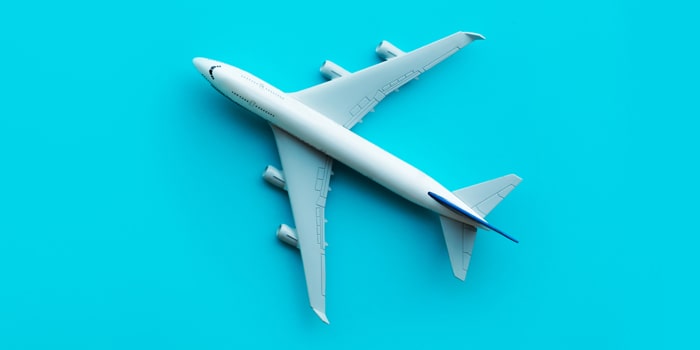 Everything MRO: Putting Maintenance, Repair, and Overhaul on Blast 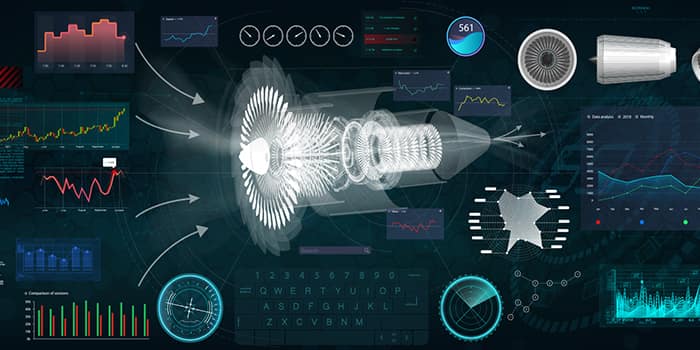 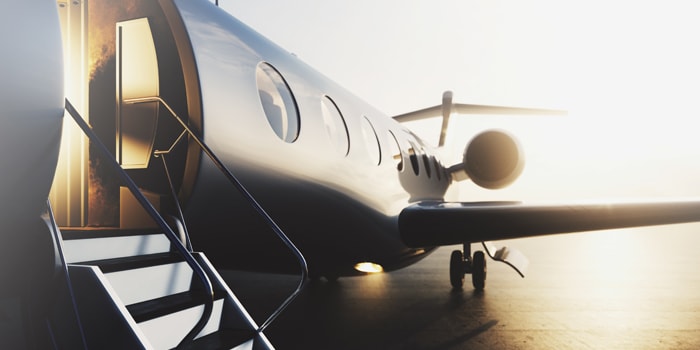