Their payment solutions let customers accept multiple forms of payments, while processing all payment forms for consistent accessibility across numerous payment channels. Extensive experience in the growth and development of the coin-operated laundry industry has lead them to become one of the first Original Equipment manufacturers (OEMs) in the market.

Over the past decade, the client has nurtured partnerships with Whirlpool and other commercial laundry equipment giants, allowing them to grow their position as an industry leader. Their product offerings include smart card equipment, coin vending products, management solutions, smart phone payment applications, event payment systems, tablet management applications, and cloud-based backend software.

The continuous advancement of payment technologies, combined with the growing demand for customer convenience, created the need to produce a compatible easy-to-use, accessible, and straightforward payment solution for their B2B clientele utilizing the Verifone VX520 terminal. 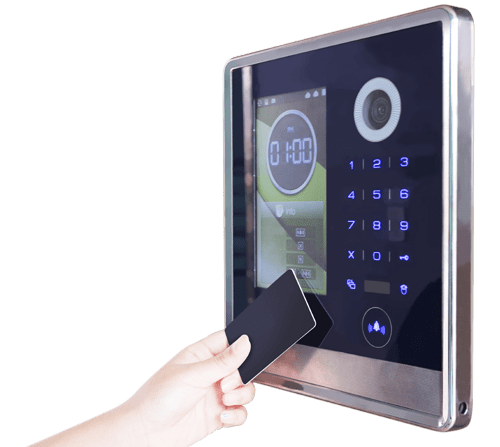 Chetu focused on implementing an application on the Verifone VX520 terminal that would be used for selling, recharging, inquiring, and getting account balance details on the client's extensive line of Smart Card equipment. The Smart Card umbrella includes Laundry Payment Flash Cards, Flash Card Readers for usage, and recharge information, and Flash Card Dispensers.

The technologies leveraged during the development phase of the project are the following:

The client requested Chetu to use the Verifone VX520 Terminal to implement an application that directly interacts with their Smart Card System used for laundry payments, a system comprised of Flash Cards, Flash Card Reader, and Flash Card Dispenser.

The first step in approaching the project was to set a scalable Verifone working environment by installing RVDS 4.0, development suite, enhanced communication libraries, and a signing tool.

Finally, downloadable VMAC libraries contributed to supporting and creating components onto the Verifone device. The production and staging environment of the development phase consisted of the Verifone VX520 terminal. Below are the tool and components used during development:

Debit Card: A debit card used instead of cash, when making purchases, contains a magnetic stripe on the card that is capable of storing data by modifying the magnetism of tiny iron-based magnetic particles on a band of magnetic material on the card.

Credit Card: A credit card allows the issuer of the card to create a revolving account and grant a line of credit to the consumer (or user) from which they can borrow money for payment to a merchant or as a cash advance.

Merchant ID: A merchant identification number (MID) is assigned to a merchant account to identify it throughout the course of processing activities. When merchants process debit-card/credit-card transactions over a computer network, those networks are interconnected with a debit/credit card front-end processing center and a back-end settlement network via a network gateway.

Terminal ID: A Terminal ID or TID is a unique number that is assigned to your merchant number when you apply for an account.

VMAC: VMAC stands for Verix Multi App Conductor. VMAC provides a platform for multiple terminal applications to run on a single device concurrently. Each app task is driven by events received from the Verix/Verix V OS.